In this webinar, Craig defines the meaning of “inner” and “outer” success in this age of transition. New methods and tools will be explained to help achieve goals in one’s personal & professional life. Participants begin by exploring a “Life-Success” chart, creating a map of their satisfaction in 9 key areas of life. Craig will introduce three core subjects: Developing Your Mindfulness & Meditation Practice, Defining Your Personal Life-Purpose, and How Your Thoughts Become Things.

The futurist Alvin Toffler wrote, “The illiterate of the 21st Century will not be those who cannot read and write, but those who cannot learn, un-learn. Craig will discuss the value of each of these subjects, and how we can move beyond our self-limiting thoughts, beliefs and sense of self in order to be more creative and live the life of our dreams. 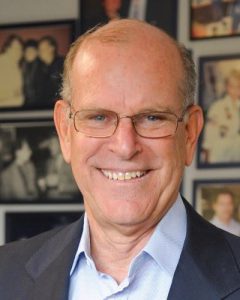 Craig Marshall began as a child actor in Hollywood, playing parts in television shows and commercials. He graduated from USC Film School, and then his life took a left turn. He became a yoga monk with Self-Realization Fellowship, where he lived in a monastery for 35 years. As respected swami, Craig traveled the world, lecturing to large audiences on the subjects of mindfulness and meditation. He became a mentor to many well-known people, coaching them how to live more fulfilling and meaningful lives. Today, Craig is a sought after public speaker, personal consultant and co-author of the book, The Next You. His latest venture is Peace City, an online community, university and virtual reality realm, for people committed to creating solutions, rather than problems.