Over the years, several noted Science and Consciousness authors have contributed their publications to the library.  Our goal has always been to have a library that would serve the unique and emerging field of Consciousness Studies. 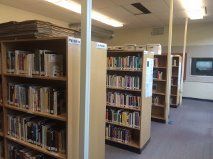 When the campus briefly moved to Oregon in the fall of 2012, we were able to have space enough to create a full library.  David (Byasa) Steinmetz served as the library’s founder and helped to establish the library’s catalogue (Library of Congress) and computer system. In December 2014, the library was moved back to California. 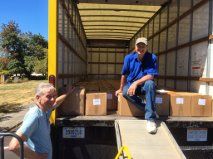 he library is now located at Rajarshi Park in Ananda Village, Nevada City, CA.  The library currently has more than 5,000 books and new titles are added monthly.  Our long-term goal is to have the Library of Higher Consciousness housed within one of the College’s facilities that will be located on the campus adjacent to the Ananda Village community.

A Library Beyond the Internet

The Internet has given us the ability to access information quickly and easily but the availability of quality information and research on Higher Consciousness is often difficult to find.   Many books in the library contain a wealth of information and esoteric knowledge that does not exist on the Internet.  The esoteric knowledge contained in many books is not searchable or is difficult to distinguish from the morass of misinformation surrounding it.  We also have authors who would like to contribute their books to the library, but we will need additional resources to collect and conserve more materials.