New Horizons team members consist of core staff, faculty, guest speakers, mentors and administration. All are dedicated and experienced professionals committed to creating a rich, dynamic living and learning environment for New Horizon Gap Year participants. All members of our core faculty have strong backgrounds in consciousness-based education, advanced degrees, and/or extensive experience in a number of academic disciplines. 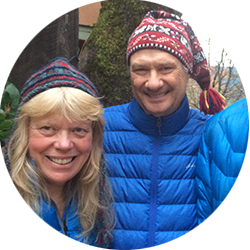 Nakula and Nischala are co-founders of Ananda College, and have been involved with the institution for nearly 20 years. Both are Nayaswamis, lightbearers and ministers with Ananda. Nakula has lived at Ananda for nearly 50 years, arriving as a young adult in 1970, creating a 12-cow organic dairy and other small businesses, and later establishing a thriving company that provides traditional and natural structures for commercial and residential construction. He studied architecture at the University of Illinois and mentored with Meridian Construction in Washington, DC. He was project manager for The Temple of Light of all Religions and for the Moksha Mandir, both sacred temples at Ananda. Nischala has a triple degree in Mass Communications, Art and Writing. As well as having her own communications and design agency working with international companies in the Bay Area, she has been a Senior VP, Creative Director at Wylie, Wilson & Munn, Director of Publications for Stanford Law School, and is author of The Four Stages of Yoga and Reflections on Living 30 Years in a Spiritual Community. She has lived at Ananda Village for nearly 35 years and has taught yoga, meditation, world cultures and consciousness, inspirational arts and writing. Together, Nischala and Nakula produced the Living Wisdom Summer Performing Arts Camps at the village. Both Nakula and Nischala have led college study abroad trips since 2005 to introduce students to world religions and spiritual communities throughout the world. Nischala and Nakula are longtime practitioners of Kriya Yoga. 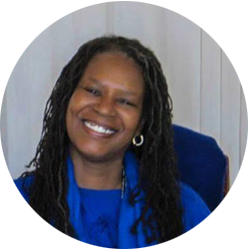 Nefretete is a graduate of New York University.  She has a rich and varied background in the arts, education, and creative arts therapy.  She has received poetry and theater awards from the Princess Grace Foundation, NJ State Council on the Arts, DC Arts and Humanities, and the National Academy of American Poets.  A guest lecturer for Rutgers University, NY State University and others, she was also a Geraldine Dodge Foundation poet, and instituted a number of innovative arts and education programs for many cultural organizations including The New York Shakespeare Festival/Public Theater, The New Jersey Performing Arts Center, New York Council on the Arts and the Westchester Arts Council. 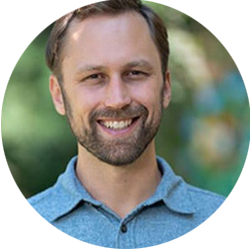 Kamran has spent the last ten years designing spiritual curriculum and leading classes, workshops, and spiritual retreats on personal transformation, integral growth, and self-discovery through yoga principles. He is a founder and director of Inner Adventure Camps, transformational programs for teens based on rite of passage and vision quests in nature. He also helps develop Education for Life, a spiritual education movement based on the teachings of Paramhansa Yogananda. Kamran also teaches and serves as a board member for Ananda College which offers gap-year and spiritual travel programs for adults. 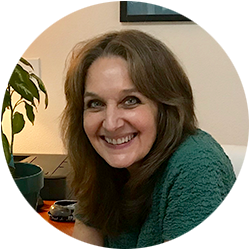 Rebecca has taught writing to college students since 1998, most recently as a senior lecturer at Antioch University Seattle. She is also a workshop presenter who delights in helping others give birth to creative projects and sharing writing techniques designed to help people develop intuition and manifest their most joyful lives. A long-time meditator, she lives at the Ananda Community in Seattle. She holds a PhD in Literature and Critical Theory from the University of Washington and an MFA in Fiction from Purdue University. Her work has appeared in literary magazines, scholarly journals, and newspapers; visit storyconscious.com to read samples of her work. 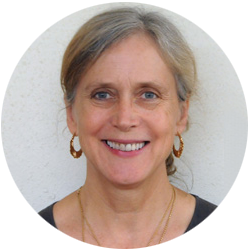 Carol is a licensed clinical and mental health counselor and has taught psychology, yoga, and meditation for more than 20 years.  She taught Raja Yoga in the Philosophy Department at Southern Oregon University and Substance Abuse Counseling in the Psychology Graduate Program.  Anandi has a gift for clarifying the teachings of yoga and making them practical.  She currently lives at the Ananda Meditation Retreat where she continues to teach Yoga, Meditation, and Yoga Psychology. 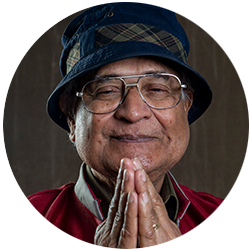 Amit Goswami, Ph. D.  was a  professor in the theoretical physics department of the University of Oregon in Eugene.  He is a pioneer of the new paradigm of science called “science within consciousness.”  Goswami is the author of the highly successful textbook Quantum Mechanics that is used in Universities throughout the world. His two volume textbook for nonscientists, The Physicist’s View of Nature traces the decline and rediscovery of the concept of God within science. 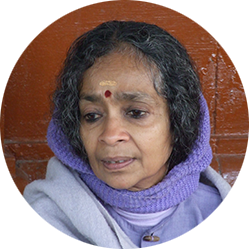 One of India’s leading female mystics, Vanamali Devi lives in her small ashram overlooking the Ganges River in Rishikesh, India. She is an expert in Hinduism, yoga, and Sanatan Dharma, the eternal religion. A close spiritual friend of Swami Kriyananda, she has served on Ananda College’s advisory board for over a decade, and is author of many books, including The Song of God and other in-depth books on all the major Hindu deities. After Swami Kriyananda’s death in 2013, when Nakula, Nischala and Rama purchased land across the street from Ananda, Mataji suggested it be named “Karuna Sagara”, which is Sanskrit for “Ocean of Compassion”. 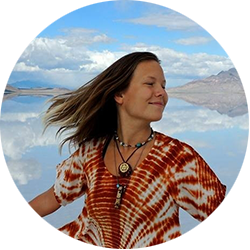 Hannah is a New Horizons staff member who organizes and operates the seed vault program on the Karuna Sagara land. She studied Sustainability at the University of Minnesota at Morris. Hannah identifies as Indigenous a member of the Ojibwe community from Minnesota. After college she managed a sustainable, zero-waste café in downtown Minneapolis. Hannah enjoys yoga, meditation, hiking, synchronized swimming, cooking, art and writing.

Shanti is a New Horizons staff member who was born and raised in the Ananda spiritual community and shares a wealth of insights in community living and the Gap Year Experience. She is an artist, writer, world traveler, and has served on the staff of the Palo Alto Living Wisdom High School and the Inner Adventure Teen Camp. 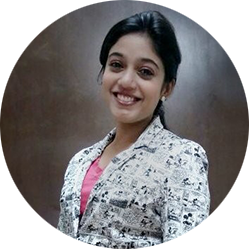 Chitra is guest faculty in the area of Inspirational Arts. She was born in Kerala, South India and received an outstanding artist award from the President of India when she was a young girl. She is an alumni of Ananda College, and now lives in Dubai, UAE, where she works as an artist and teacher with The Louvre. 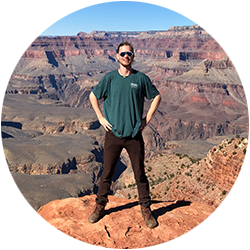 Leiya is a New Horizons guest musician, performer and artist. Leiya is a gifted singer, musician, kirtan leader, and healer. After college, Leiya traveled throughout the west as lead-singer for her own band. She was born and raised at Ananda Village and graduated from Ananda High School. She graduated from Mills College in the Bay Area with a degree in Healing Arts and Music. Leiya is also a certified Birth Dhula and Massage Therapist. She is co-owner of The Sun Room Healing Arts in downtown Nevada City. 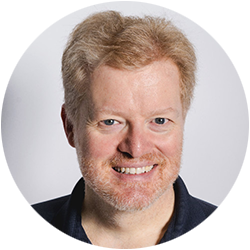 Kraig (Satyaki) Brockschmidt has served on the Board of Directors for Ananda College since the college started. He is a father and husband and currently lives at Ananda Village. He has served in engineering capacities at Microsoft since the company’s early years, and is the author of Mystical Microsoft: A Journey of Transformation in the Halls of High Technology, The Harmonium Handbook and Solving Stress: The Power to Remain Cool and Calm Amidst Chaos. He is a gifted singer and performs with the Ananda Choir. 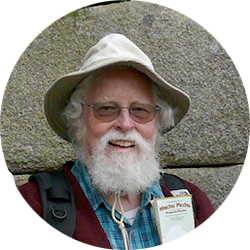 David (Byasa) Steinmetz is an expert in the Yuga Cycles of Time and is co-author of The Yugas, Keys to Understanding our Hidden Past, Emerging Present and Future Enlightenment. He has been on the faculty of Ananda College since the beginning, and has been a Kriya Yogi for over four decades. His background as a scientist and astronomer and his knowledge of history and ancient cultures offers students a rare opportunity to learn about the cosmos. He is also the founder of Ananda College’s Library of Higher Consciousness. 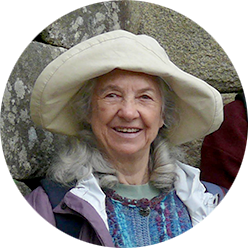 Janakidevi Steinmetz is a mentor and friend to students attending the New Horizons Gap Year Program. She is a transpersonal psychologist, poet, and together with her husband Byasa created the Library of Higher Consciousness. She is also the founder of Yogananda Gardens and has been a practitioner of Kriya Yoga for over four decades.