Today, the vast majority of the world’s dry land is situated above sea level, and the proportion of the world’s population inhabiting lands lying below sea level is extremely small. Furthermore, these below sea level areas are, with the exception of the Dead Sea, all less than a thousand feet deep. In this webinar, I shall argue that for much of the earth’s history, and as recently as the end of the last Ice Age, the opposite was true: namely, that large basins, thousands and even tens of thousands of feet deep, existed all over the world and were inhabited by humans, and that one of these basins, the Caribbean Basin, was the homeland of the civilization and culture known as Atlantis. Some time at the end of the Pleistocene epoch, circa 9600 BC, the Caribbean Basin was flooded and the sea formed as it exists today, thus destroying the civilization of Atlantis. Using a combination of ancient texts, recent discoveries, sacred myths, and satellite imagery, I will make the case that this cataclysm did indeed occur and that it has shaped the world we live in today in innumerable ways. 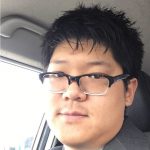 Brad Yoon is a software engineer and writer. He completed a Bachelor of Science degree in Applied Mathematics at UCLA and resides in Orange County, California. His jobs include developing software for an electronic medical records startup, a dating app, and a nursing home supplier. In his spare time, he researches and writes about lost civilizations and other ancient mysteries. He has presented his theory on Atlantis at CPAK 2014.