The Los Angeles Times called Yogananda “the 20th century’s first superstar guru.” If you’ve read his iconic memoir, Autobiography of a Yogi, you might think you know all there is to know about this master teacher. You don’t. In this webinar, Philip Goldberg, author of the newly published biography, The Life of Yogananda: The Yogi who Became the First Modern Guru, reveals unknown and little-known facts and offers fresh perspective on an extraordinary life. Of all the emissaries of India’s sacred wisdom, no one had a bigger impact on the West than Yogananda. His life story is not just a fascinating narrative, with drama and obstacles and surprises, it also illuminates the historical periods he lived through; the cultures he lived in; our attitudes toward religion, race, and human purpose; and insights into the highest reaches of human development. Most of all, Yogananda’s life contains profound lessons that every seeker of eternal truth and personal growth will find useful, inspirational and transformative. Those lesson, which range from discerning one’s true path to balancing spiritual and worldly engagement, will be discussed in the context of Yogananda’s life story in this intriguing webinar. 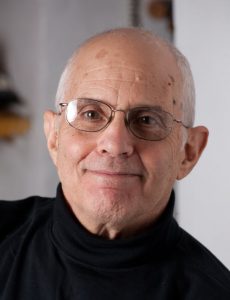 Philip Goldberg has been studying India’s spiritual traditions for more than 45 years, as a practitioner, teacher and author. He is the author or coauthor of more than 20 books, including Roadsigns on the Spiritual Path and the award-winning American Veda: From Emerson and the Beatles to Yoga and Meditation, How Indian Spirituality Changed the West, which was named one of the top ten religion books of the year by both Huffington Post and American Library Association’s Booklist, and received the Award for Special Distinction by the Uberoi Foundation for Religious Studies. His latest book, The Life of Yogananda: The Yogi Who Became the First Modern Guru (to be published in April, 2018) is the first full-scale biography of Paramahansa Yogananda. An ordained Interfaith Minister, a spiritual counselor and a meditation teacher trained in 1970 by Maharishi Mahesh Yogi, he is an illuminating and entertaining public speaker who has presented at venues throughout the U.S. and India. He blogs on the Huffington Post, contributes regularly to Spirituality & Health magazine online and is a board member of The Interfaith Observer. He also conducts tours of India with American Veda Tours and cohosts the popular Spirit Matters podcast, which features interviews with spiritual teachers and leaders. His website is www.PhilipGoldberg.com.