Imagine you are viewing the universe in an expanded awareness beyond the limits of linear understanding.  Within your view are levels of consciousness that cannot be seen with the human eye.

Perhaps it is easier to feel changes in consciousness in abstract form, through the profound intuition of our hearts. Do you ever feel like our planet may be going backward instead of forward?

Just as a bicycle may momentarily rest in neutral as the cyclist changes to a faster speed, so we humans may feel incoherent energy as the universal consciousness shifts into a higher realm.

The great Vedic rishis of India talk about vast cycles of time that have existed on our planet and throughout the universe.  One complete cycle of eight distinct ages or yugas lasts 24,000 years, 12,000 years of ascending energy, followed by 12,000 years of descending energy. According to the great rishi Swami Sri Yukteswar, author of The Holy Science, we are currently in the beginning of Ascending Dwapara Yuga or the Bronze Age as known in ancient Greece—now the upward flowing energy of consciousness is affecting our planet.

During the seemingly long transition time from one ascending yuga to the next, we may experience a wobble as our consciousness adjusts to new ideas and ways of being.  The rishis tell us that these wobbles are a natural manifestation of change.

We experience these wobbles in history and if we are able to do so, we could look backwards (and forewords) to see that however long it may take, history does repeat itself.  It’s just that it’s different in every yuga, and every huge cycle of time.  A wise saint like Krishna or Buddha or Christ may have existed for a short period during one 24,000-year span of time.

During a subsequent span of time these great beings may manifest as different humans or beings—meaning they may not have the exact same form or personality.  Now, as we are moving upwards in an ascending cycle of time, human saints may manifest super human “God-like” abilities, not unlike the Vedic historians describe in texts from the higher ages.

Form is the key word.  In the lowest age of Kali Yuga, form is dense, matter is dense, and even consciousness and thinking is more dense!  As we shift from the lower Kali Yuga to Dwapara Yuga, energy comes more into play.  We talk about energy, we think of energy, perhaps we begin to gain more intuition, and some say they can even see energy. In the past, things that were more dense, solid forms such as a university building, meant everything.  Now, college education seems more fluid, somewhat like energy itself.

However, the Vedic rishis tell us that it is consciousness itself that affects our understanding of reality.

One of the side effects of change is that contemporary education and history may become threatened as many educators and historians are unable to adjust to higher consciousness.  Remember when people thought the earth was flat? We needed wise geniuses to ascertain that perhaps things aren’t always as they seem.

It is difficult to conceive with our limited human understanding the vast expanse of the universes that exist beyond our tiny speck of earth. The spiritual state of great masters is beyond human comprehension, just as the knowledge and abilities normal in the higher yugas are unfathomable to the earthbound mind. Our contemporary understanding of the universe from a physical and scientific perspective has long ages ago been surpassed by the profound wisdom of the Vedic masters.

We are living in interesting times.

At Ananda College, we have made a commitment to exploring the realms of history and consciousness that most colleges or universities don’t investigate.  We explore these realms through webinars and courses that offer new ways of viewing emerging information presented by authors, alternative historians, researchers and scientists.  Our Library of Higher Consciousness seeks to house many of the books that will not be found on the Internet or in contemporary educational libraries.  One way that we are able to fund this exploration is through your active participation in ongoing webinars, courses that we plan to introduce, and through your donations.

We invite you to join us on this journey. 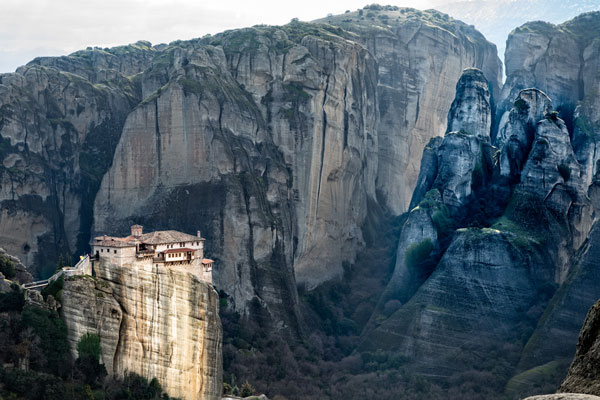 Final payment for Greece & Crete trip due by February 14th